One night I dreamt that I was in a small countryside where there is hardly any transportation. The only bus out of that town had left on scheduled and the next one could be hours away.

One night I dreamt that I was in a tiny countryside where there was hardly any transportation. The only bus out of that town had left on the schedule, and the next one could be hours away. Few of the citizens had cars, but they were busy going about their business. I felt a sense of urgency to get to someplace outside of this town before a specific time, and I was nervous.

I waited at the bus stop hoping that a bus would show up, but after a few minutes, which seemed like hours, I started walking in the direction that would take me to where I needed to go. I was not sure where exactly, but I knew I must go now. 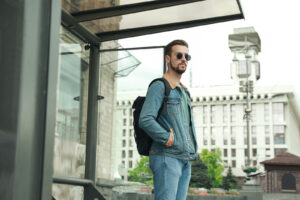 I called my wife, who was still on the job, to let her know that I missed the bus and could not find a ride to get to the place on time. I asked her if she would get there quickly, and she said as soon as she finished, she would meet me there. As I continued to walk, a few cars passed by, but they were filled and could not take another passenger. Soon afterward, an opened-back van was going in my direction; I asked for a ride, and the driver stopped to pick me up. I got into the back, and we went on the journey.

Again I was not exactly sure where I was going, but I knew that we needed to get there before a specific time; if not, we would be in great danger. Not everyone was in the same sense of urgency; some people were going about their daily routines; others were almost ready but showed as if they had a few things to accomplish before getting to the destination. I even passed some people going in the opposite direction.
After what seemed like an hour ride, the driver finally let me off near a hillside. I quickly started climbing the hill and noticed that a big hole was on the hillside, and that was the only way to get over to the other side. I called my wife to let her know that I had reached and to find out if she was near here, but she was still at the office and stated that I must go on; she would follow shortly.

I started towards the hole entrance and noticed that it sloped upwards, and the opening was very dark, but there was a faint light at the end of what looked like a tunnel. So I started to walk in the tunnel, going up. As I climbed, the light got brighter as I went. Finally, after much walking and climbing for about 20 minutes, I was at the exit, which seemed like a small hole.

I climbed out of the hole and noticed that I was on a beautiful lawn; the place was so bright and beautiful, it looked like I was in another country. Children and adults were playing on the lawn and in the gardens. The trees were beautifully kept and arranged like an orchard. I could see what looked 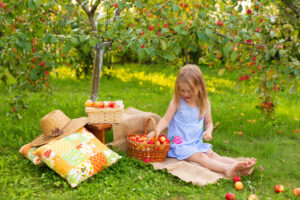 like a city or palace and the park that stretches for miles upon miles in the distance. Everyone looked happy and dressed in new clothes; they were conversing with each other as if they were not aware of what was going on where I was coming from. I walked around a little and noticed that the exit had vanished. I wondered if my wife would find me if she had left the job and knew where to come. I noticed that I did not have my cellphone and did not know how to reach her.

I started to walk towards the city and watch the children play as I went. I wondered if this is what they called heaven. The place was beautiful beyond anything that I could imagine. The walls of the city were white and seemed so high. Some of the trees were as high as the walls. There were no clouds in the sky or the sun, but the day was bright, and the temperature was like an excellent summer day. I was happy to be there. I woke up from the dream as I was walking through the garden, going towards the city.

wow,, sometimes a dream can be so real yes? Sometimes though it ca nbe a warning also to be reay and not get too involved in our jobs and temporal life here and be prepared for Jesus second oming . It seemed to me this mans wife was too bz at her Job to leave and be with her husband,. Can it be our careers are more imporatnt then our Relationship with our spouse and evediently God also?