Why wouldn't a completely logical being - God, not leave something .... a gospel written in his handwriting, a temple built by his instructions, or a celestial phenomenon perhaps, to prove to the thinking man that he exists, rather than choose to exist only in the minds of men?

This was an email conversation between my good friend (Bobby) and me. He does not believe that there is a God. He said, “Hi Carl, what puzzles many persons on the other side of the debate, however, is this: why a logical and reasoned superior being would choose to exist only as an article of faith when he created inferior beings whose existence is based entirely on the relationship with their physical environment?”

He continued, “The fact is that God knows everything, so he would have known that man would have developed science and that science is based on evidence. After all, he gave men brains and made humans into a thinking machine, so it would stand to reason that men would sooner or later go in search of his existence.”

“Why wouldn’t a completely logical being – God, not leave something … a gospel written in his handwriting, a temple built by his instructions, or a celestial phenomenon perhaps, to prove to the thinking man that he exists, rather than choose to live only in the minds of men?” 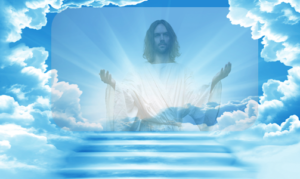 I responded, “Good questions, and they require shreds of evidence. This question then put us back into using shreds of evidence to answer those questions. Then the pieces of evidence are scrutinized and may have us going round in circles (see the article on evidence). If the premise that whoever (or whatever for some) can make flesh, light, trees, etc., has a superior ability to man does exist, then from there, we can move further to look at some evidence. But again, this evidence will be scrutinized. Let’s take your questions step by step.”

QUESTION 1: Why would a logical and reasoned superior being choose to exist only as an article of faith when he created inferior whose existence is based entirely on the relationship with their physical environment?

ANSWER: We would have to ask the superior being that question if he has not answered this question before. And if he did not answer it, we cannot hold him responsible for the answer because what law, circumstances, ethics, principle, etc., says that he must answer? If he did answer, who would say that we would accept the answer as reasonable and be satisfied? Maybe yes, and maybe not!

As a Christian (whose reference is from a manuscript – the Bible, written by Godly men, handed down to us throughout the ages. As far back as the time of Moses), I was given the information that God communed with the inferior beings once before in the Garden of Eden. The Bible recorded this: “…when the cool evening breezes were blowing, the man and his wife heard the Lord God walking about in the garden. So they hid from the Lord God among the trees. Then the Lord God called to the man, “Where are you?” He replied, “I heard you walking in the garden, so I hid. I was afraid because I was naked” (Genesis 3:8-10). There are many other examples in the Bible where God communed with humans. 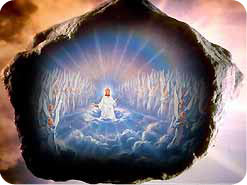 QUESTION 2: Why wouldn’t a completely logical being not leave something to show: a gospel that was written in his handwriting, a temple built by his instructions, or a celestial phenomenon perhaps to prove to the thinking man that he exists, rather than choose to live only in the minds of men

ANSWER: For the Christians, God has left all the items and events mentioned above, but some humans questioned it and remarked, ‘Are they really from God, or are they just scientific occurrences and myths?’ So, again the evidence is scrutinized, and we go in circles trying to rationalize the evidence.

This same question of miraculous signs and wonders were asked of before, and here is the Bible’s account of that question and answer: “Then some of the scribes and Pharisees ask Jesus, saying, ‘Teacher, we wish to see a sign from you.’ But he answered them, ‘An evil and adulterous generation seek a sign, but no sign will be given to it except the sign of the prophet Jonah (history). For just as Jonah was three days and three nights in the belly of the great fish, so will the Son of Man (The Christ) be three days and three nights in the heart of the earth (killed and raised on the third day) Matthew 12:38-40.” 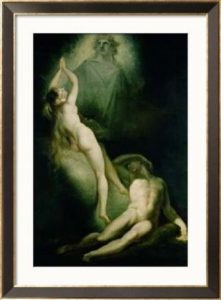 Today, non-believers are still asking for signs. Look at the heavens! They are signs of the God of creation, which intelligent beings could create such a vast universe with all the perfect scientific requirements to function correctly! God does exist!