83-The Lamb-like Beast within

The Lamb-like Beast within

Have you ever dream of wild beasts attacking you? Have you ever seen those movies with wild, ugly-looking beasts attacking people? Well, John the disciple wrote in Revelation 13:11(NLT) and said, “Then I saw another beast come up out of the earth. He had two horns like those of a lamb, but he spoke with the voice of a dragon.” This passage is known as the ‘Lamb like Beast’ and refers to a government’s characters displaying Christian tendencies while behaving like an evil beast at times. We likewise have those same characteristics – we go to churches and praise God; we sing hymns and intercede for others, but ridicule and do evil to others at work, in the community, and even in our churches – Yes! There are ‘lamb-like beast’ tendencies within us. 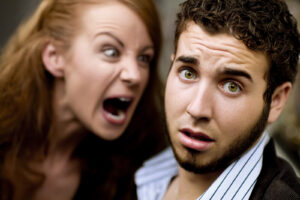 It was the disciple James who also reminded us of these tendencies. He said the tongue is like a flame of fire. It is a whole world of wickedness, corrupting your entire body. The tongue can set our whole life on fire, for the tongue is set on fire by hell itself (James 3:6 NLT). We also know that the words that the tongue uttered came directly from our hearts. The tongue is only the tool to help to convey the thoughts of our mind as Jesus said, “But the words you speak come from the heart—and that’s what defiles you (Matthew 15:18)”.

James also reminded us when he said, “Sometimes the tongue praises our Lord and Father, and sometimes it curses those who have been made in the image of God. And so blessing and cursing pouring out of the same mouth. Surely, my brothers and sisters, this is not right! Does a spring of water bubble out with both freshwater and bitter water? Does a fig tree produce olives, or does a grapevine produce figs? No, and you cannot draw fresh water from a salty spring either (James 3:9-12 NLT).”

Jesus also said in Matthew 23:27(NLT), “What sorrow awaits you teachers of religious law and you Pharisees. Hypocrites! For you are like whitewashed tombs—beautiful on the outside but filled on the inside with dead people’s bones and all sorts of impurity.” This statement shows another form of the ‘Lamb like Beast’ tendency where a person looks like a Christian on the outside but inwardly, they are a child of the Devil. Do you know some brothers and sisters who displayed both of these tendencies? For example, James said if we are wise and understand God’s ways, we must prove it by living an honorable life, doing good works with the humility of wisdom. Still, if we are envious and have selfish ambitions in our hearts, we must NOT cover up the truth with boasting and lying. Such things are earthly, unspiritual, and demonic, and wherever these behaviors lurk, there you will find disorder and evil of every kind (James 3:13-16).

James and Jesus saw these behaviors in religious believers and asked them to change because the end would not be good for them. The same warning applies to us today. We must recognize these beasts like tendencies in our behavior and eliminate them before it is too late. We who are called Christians must stop deceiving others. We must stop disliking people because of their skin color or cultural tendencies; we must stop speaking disrespectfully about our sisters and brothers; we must stop being unfriendly, hostile, and unkind to the ‘least of these.’

Finally, anyone who continues to behave like a ‘lamb-like beast’ at the end of time will not find any place to hide. They will be judged according to what they had done, as recorded in the books, and they will be thrown into the lake of fire – which is the second death (Revelation 20:11-15). So God says, “I take no pleasure in the death of wicked people. I only want them to turn from their wicked ways so they can live. Turn! Turn from your wickedness, O people of Israel! Why should you die? (Ezekiel 33:11)”