What is the Christian Freedom of Conscience?

I remembered a few years ago, a stranger from out-of-town came to our church and was teaching some interesting Bible Studies. Some local leaders did not like that because they did not know this stranger and were unsure what he was teaching. They decided to end it and told the group that they could no longer assemble at the church. The group then relocated to one of the member’s houses. The local leaders were displeased that the stranger was still teaching some of the members. They convened another meeting with some of the attendees to let them know that what they were doing was against church policy and that they should stop attending the stranger’s Bible class. 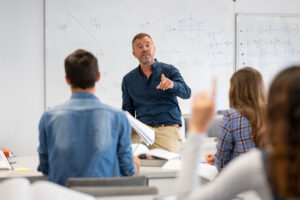 The local leaders reminded us what Paul said in Acts 20:28-31 “So guard yourselves and God’s people. Feed and shepherd God’s flock—his church, purchased with his own blood—over which the Holy Spirit has appointed you as leaders. I know that false teachers, like vicious wolves, will come in among you after I leave, not sparing the flock. Even some men from your own group will rise up and distort the truth in order to draw a following. Watch out! Remember the three years I was with you—my constant watch and care over you night and day, and my many tears for you.” They said this stranger could be like that. They even quoted Jesus and said, “Beware of false prophets who come disguised as harmless sheep but could be vicious wolves (Matthew 7: 15).” But the Bible studies continued, and most of the attendees continued to participate.

A similar thing happened recently. Another Christian stranger posted a message on our social media group about the end time; the message was drawing reflections from the current calamities in our country and some other countries. Again, some of the information was contradictory to what our denomination believed. Furthermore, some members and leaders were disappointed that the content was posted and suggested that we block “errors” from being posted in our social media group. Again, they wanted to “protect” the flock from “errors” and potential “wolves.” The notion seems natural – that is, to protect God’s children from receiving errors. This action, they say, is what a parent would do if their sons and daughters were presented with information contrary to their belief.

On the surface, this action seems plausible! But while the intent might seem reasonable, the purpose is ungodly. Freedom of thought (also called freedom of conscience or ideas) is the freedom of an individual to hold or consider a fact, viewpoint, or opinion, independent of others’ views (https://en.wikipedia.org/wiki/Freedom_of_thought). The leaders were taking away the member’s freedom of conscience. It is not easy to see unless I show you some examples. My first example is with Satan and Eve in the Garden of Eden. In Genesis 3, the Devil said to Eve, “Has God indeed said, ‘You shall not eat of every tree of the garden’?”, And the woman said to the serpent, “We may eat the fruit of the trees of the garden, but of the fruit of the tree which is in the midst of the garden, God has said, ‘You shall not eat it, nor shall you touch it, lest you die.’” Then the serpent said to the woman, “You will not surely die. For God knows that in the day you eat of it, your eyes will be opened, and you will be like God, knowing good and evil.” Here, the Devil insinuated that God was hiding information from Eve, but did you notice that God did not block Satan from sharing “errors” with Eve? Why did God not protect the flock from this vicious wolf – Satan?

Also, in the Book of Matthew 13, Jesus told his disciples a story: “The Kingdom of Heaven is like a farmer who planted good seed in his field. But that night as the workers slept, his enemy came and planted weeds among the wheat, then slipped away. When the crop began to grow and produce grain, the weeds also grew. “The farmer’s workers went to him and said, ‘Sir, the field where you planted that good seed is full of weeds! Where did they come from?’ ‘An enemy has done this!’ the farmer exclaimed. ‘Should we pull out the weeds?’ they asked. No,’ he replied, ‘you’ll uproot the wheat if you do. Let both grow together until the harvest. Then I will tell the harvesters to sort out the weeds, tie them into bundles, and burn them, and to put the wheat in the barn.” Here again, if you noticed that the Farmer did not stop or bar the weeds from growing beside the good seeds? Blocking the weeds from the wheat seems like a natural thing to do, but the farmer did not do that. Why?

The last example is taken from Luke 9:52-54. “Now it came to pass when the time had come for Jesus to be received up, that He steadfastly set His face to go to Jerusalem, and sent messengers before His face. And as they went, they entered a village of the Samaritans to prepare for Him. But they did not receive Him because His face was set for the journey to Jerusalem. And when His disciples James and John saw this, they said, “Lord, do you want us to command fire to come down from heaven and consume them, just as Elijah did?” But Jesus turned and rebuked them and said, “You do not know what manner of spirit you are of. For the Son of Man did not come to destroy men’s lives but to save them.” And they went to another village.

The disciples, who Jesus had taught many things, think that if another group was not conforming to their request, the right thing to do was get rid of them! That thought was ungodly coming from a group of Christians. Yet, over the ages, Christians have thought these same things and executed them in the name of God. Censorship of the Bible or any other doctrine occurred in historical times and is still going on today (https://en.wikipedia.org/wiki/Censorship_of_the_Bible). From the Catholic point of view, the censorship of the Bible was justified both by restricting Bibles from those lacking instruction and by censoring translations thought to encourage deviations from official doctrines (Ludwig Friedrich Otto Baumgarten-Crusius, Angelegenheit des Schriftgebrauchs. p. 901–911). These Christian leaders believed that they were to control the “truth” or “errors” going to the children of God. Therefore, they ban certain publications, and violators of so-called “Bible bans” have been punished by killing, imprisonment, forced labor, and banishment, as well as by burning at the stake.

Many years before this, other Christian leaders also controlled who should hear “truth” or “errors.” For example, the Bible said some pious Bible leaders from the Synagogue of Freed Slaves, as it was called, started to debate with Stephen (Acts 6:9). They heard that Stephen was posting and preaching errors to the children of God, and while Stephen was showing them the true gospel, they cried out with a loud voice, stopped their ears, and ran at him with one accord, and they cast him out of the city and stoned him to death (Acts 7:54). 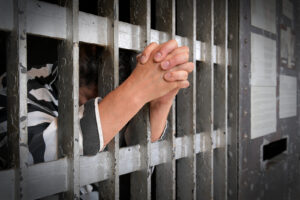 Today, some Christian leaders still believe that they should be the guardian of the “flock” and decide which information they should read and which “errors” should be burnt. They don’t ponder the question as to why God did not bar Satan from speaking errors to Eve or why Jesus let the weeds grow beside the good seeds! History shows that blocking information can be ungodly; it is like forcing only certain information to the group and hiding the so-called “errors.” That was what Satan told Eve: “God was hiding some important information from you.” God knows that humanity will assert their power and knowledge over a group of people, so he said, “No more shall every man teach his neighbor, and every man his brother, saying, ‘Know the Lord,’ for they all shall know Me, from the least of them to the greatest of them, says the Lord (Jeremiah 31:34). The Lord has given everyone the ability to seek truth over errors. Paul suggested that we should “search the Scriptures daily to find out whether these things were so (Acts 17:11)”.

If people in the days of Jesus did not listen to his “unwelcomed” doctrine, they would not have known how to differentiate from the doctrine of the Jews or to that of Jesus. If the people did not listen to the Reformers’ so-called “illegal” “heretic,” many would not know the truth from errors. The task for each person to discern truth from falsehood is their unique role in the Great Controversy. Each person has to decide what is true and what error is and then select either one. Leaders should not bar information that would allow the person to make that selection. Eve in front of Satan had to make that choice; the people have to see good seeds in contrast to weeds to select one. When leaders take away the “freedom of conscience” from the people, they also remove the freedom to choose between good and evil, truth and error, sin and righteousness. They are removing the task of the individual to decide. They are removing the essential individual role in the Great Controversy – that is ungodly.