There seems to be confusion about what are justice and mercy, and these confusions stem from a person’s definition of justice or mercy.

Why Did Jesus Have to Die?

There seems to be confusion about the definition of justice and mercy, and these confusions stem from a person’s description of the idea of justice or mercy. So the first thing to do is to define them. Justice is the application of a stated outcome when an infringement occurs. Mercy is modifying the stated result when a violation occurs intending to benefit the offender.

In defining justice, we can explore the nature of the definition: the application of a stated outcome when an infringement occurs. Some infringement violations are contravention, violation, transgression, breach, breaking, nonobservance, noncompliance, neglect, dereliction, failure to observe, infraction, undermining, weakening, compromise, limitation, and curb, encroachment, disruption, disturbance. When do these occur? They happened because of sin! Since we live in a sinful world, these are a reality to every living entity on this earth. 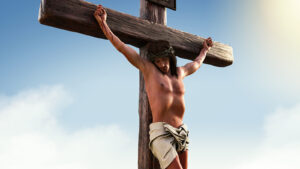 What are the stated outcomes of an infringement? The answer is in looking at God, who created these outcomes, and humankind, who created (or made) some consequences or laws. For example, the laws of gravity by nature have a gravitational pull on the earth, so at a certain altitude will fall (or be pulled) down if no other forces are altering it. This law was the stated outcome when the thing infringed on the laws of gravity. Some refer to this phenomenon as “design law.” The descent of the object is the application of the stated outcome. Another example of a framed effect from human creation is what will happen (as stated on paper) when there is an infringement of human law (or agreement). For example, suppose an unauthorized car (not a police car or emergency vehicle) travels at 100 miles an hour in a 45 MPH zone (which is a violation). In that case, the application of these stated outcomes is to do what is listed for this violation to the offender.

From these two examples, we see where the application of the stated outcome is the “justice” or the just action for the violation or infringement. Therefore, any activity that varies widely from the stated consequences to harming the offender would be considered unjust. Since modifying the stated action could be unfair, let us look at the definition of injustice.

Injustice applies to any act that involves unfairness to another or violation of one’s rights. Unfairness is the infringement of the law that protects people or places and that the governing authorities do not enforce the justifiable actions. Since injustice is some act “in place of justice,” mercy is not applicable because the law was not put into action against the infringements. So what is mercy?

Mercy is modifying the stated outcome when an infringement occurs intending to benefit the offender. Since altering the stated outcome benefits the offender instead of harming them, this action is called mercy. Some substitutes for mercy are leniency, clemency, compassion, grace, pity, charity, forgiveness, forbearance, quarter, humanity, humaneness, humanitarianism, mildness, soft-heartedness, kindness, sympathy, liberality, indulgence, tolerance, generosity, magnanimity, and goodwill.

The degree of modifying the stated outcome depends on the power of the person (or persons) controlling the stated consequences of an infringement. For example, suppose the object is falling because of the violation of the laws of gravity. In that case, mercy could be given to the object by giving it an engine (or force) to move the object (like a plane or spacecraft) in a direction counter to the stated laws of gravity. Or another example of mercy could be that God allows the object to descend but removes the acceleration – speed of falling, to avoid the destruction that would occur when the object hits the earth or another thing.

In the case of the offender going 100 MPH in a 45 MPH zone, the police, the judge, or whoever has the highest authority or control can modify the stated outcome, remove actions that would follow, or modify the action to impose a lesser fine. Remember that any action given must have in it the goal of benefiting the offender. This action is mercy. Can you have mercy without justice?

Note that mercy follows justice! Mercy is the modification of justice for the benefit of the offender. So you cannot have mercy without the act of justice. Let us take the driving example; if the person was driving below the speed limits (40 MPH in a 45 MPH zone), what sets of actions (mercy or justice) that the police or judge could apply to that person? None! The person did not infringe on the speed limit laws.

Dying is a stated outcome of some infringement, as stated by God. “Behold; all souls are mine; as the soul of the father, so also the soul of the son is mine: the soul that sinneth, it shall die (Ezekiel 18:4).” Therefore if Jesus had to die, then some other soul other than Jesus had sinned because the Bible stated that Jesus was sinless. In John 11:51, it is well-known that the high priest at that time was led to prophesy that Jesus would die for the entire nation. Therefore, he died — which is the application of God’s stated actions for our sins. Please note that we need a controlling body or force to apply these actions to enforce these stated actions of justice or mercy.

In the case of the falling object, the law of gravity has the force to carry out the stated outcome – which is falling. In the case of the offender driving 100 MPH in a 45 MPH zone, the police (or other lawful bodies) are needed to apply the stated actions for that violation. I am saying this because some people believe that sin created the forces to apply justice to sinners when they violated “designed laws” and that God will not and does not apply justice to offenders. They believed that sin in itself has the power to apply justice to the offender. While in some cases this is true; however, in some other cases, the person or body of people who have the highest control over the laws can by themselves apply the stated outcome to the offenders. When sin controls the natural consequence, then mercy is not applicable. Still, when the ruler or controllers apply the justifiable actions to the offender according to the stated outcome, then that person can apply mercy. We have seen God applying compassion to humans by sending Jesus to die for our sins instead of letting sinful humans (those who have NOT repented) die the second death. 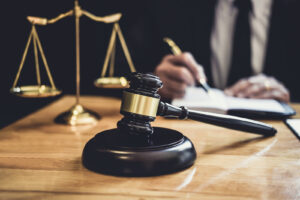 In summary, justice is the application of a stated outcome when an infringement occurs, and mercy is modifying the stated consequences when a violation occurs intending to benefit the offender. You need a justifiable action to apply mercy. Natural sinful forces use justice without mercy, but rulers (including God) can let nature apply justice to offenders or apply justifiable actions to the offender with or without mercy. So at the end of the ages, God will apply justice to offenders of his laws, either by natural design or personally using angels or hellfire (as stated in the book of Revelation.)