A Man of God- Seeking the Lost! 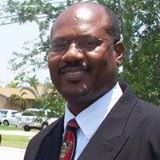 Born July 1960 to the parent of Sybil and Clifford Foster in Frome located in Westmoreland, Jamaica of the West Indies. He grew up studying electronics and computer science and fathered three sons and one daughter. Carlton loves the study of psychology and sociology which was introduced to him while studying computer science at Florida International University when he migrated to the United States in 1989. He was not religious, but he loves to read and discuss the social aspects of common beliefs: socialism, communism, capitalism, materialism, and religion. It was in 1994, with the birth of his daughter in San Antonio, Texas, that Carlton decided to study the ways of Jesus Christ because there were many discussions on how great this person was when he was in Israel. The study of who Jesus is increased when he relocated back to Fort Lauderdale, Florida. He had trouble understanding the King James Bible language (old English), so he cried out to God in frustration for the need to understand the Bible, and for two days, God opened up his understanding that he could see and understand every word of the Bible. It was like turning on a light in a dark room. Those two days were amazing. Since then he continues to study and seek knowledge about the scriptures and the role of mankind on the earth..